The auxiliary bishop of the Diocese of the West, His Grace, Bishop Daniel of Santa Rosa, led clergy and faithful from all over the Bay Area in the annual Fourth of July pilgrimage to historic Fort Ross. A choir led by Valerie Simonson (Holy Cross, Sacramento) beautifully sang the responses at the Hierarchical Divine Liturgy. Following the reading of the Holy Gospel, Priest Gregory Matlak (St. Christina, Fremont) preached a homily powerfully connecting the historical path of Fort Ross with the saving work of Jesus Christ and the salvation of each one of us. At the conclusion of the Divine Liturgy, His Grace offered an encouraging word to the faithful highlighting the missionary efforts of St. Innocent of Alaska, who had once served at Fort Ross. Archpriest Basil Rhodes (St. Nicholas, Saratoga), Dean of the Pacific Central Deanery, offered an appreciation for His Grace’s faithful and loving service in the Diocese of the West and particularly in leading this year’s pilgrimage on behalf of His Eminence, Archbishop Benjamin.

After the Divine Liturgy, clergy and faithful went in procession to the cemetery and prayed for those buried there from the 19th century settlement. Afterwards, all enjoyed a picnicking together back at the Fort. While the weather was colder and damper than might have been expected on the Fourth of July, more than 130 faithful were in attendance for the Divine Liturgy and a warm, friendly spirit reigned as people met fellow pilgrims from a large number of communities. In addition to His Grace, Fr. Basil, and Fr. Gregory, clergy in attendance included Archpriest Ian MacKinnon (Holy Cross, Sacramento); Archpriest Lawrence Margitich (St. Seraphim, Santa Rosa); Archpriest Kirill Sokolov (Holy Trinity, San Francisco); Archpriest Philip Halliwell (Christ the Saviour, San Francisco); Priest Edward Henderson (St. John, Berkeley); Priest Andrew Smith (Nativity of the Virgin, Menlo Park); Priest Theodor Svane (visiting from Norway); and Deacon David Greenfield (Ss. Cyril and Methodius, Chico).

Fort Ross was a settlement of the Russian-American Company in the early 19th century. The Fort’s chapel is the oldest Orthodox house of prayer in what is now the lower forty-eight. The settlement is now a popular State Park. Initial interest in preserving this historic site came from the hierarchs of our diocese. During his visit, probably in 1891, Bishop Vladimir made a proposal to owner George Call to purchase the old chapel and the cemetery with the intent of safeguarding them from deterioration. Nothing came of this offer. During his pilgrimage in March 1897, Bishop Nikolai also tried to obtain the chapel and cemetery of Fort Ross, but his efforts, too, came to naught. But citizen, church, and governmental initiatives eventually bore fruit to preserve this important place in our state and church history. The State of California began restoring buildings in the early 20th century. The local Sebastopol chapter of the Native Sons took an interest in the maintenance of the chapel. For several years they celebrated the Fourth of July at Fort Ross, picnicking and taking care of the chapel and grounds. In 1925 they invited the congregation of Holy Trinity Cathedral in San Francisco to their Fourth of July celebration. Our Diocese has been making this pilgrimage every Fourth of July since then. During the time of the Soviet yoke, the annual pilgrimage was a way to connect to a lost homeland. Now, it is a beautiful way to celebrate our freedom to offer God praise and thanksgiving together in this land.

This Fourth of July tradition is a precious moment for fellowship with people from all parishes and is a family-friendly setting. In recent years, Independence Day’s proximity to the conclusion of St. Eugene’s Camp and the Feast of St. John of Shanghai and San Francisco has made this time of year a nexus of reunions and communal fellowship in Christ. Next year’s pilgrimage is slated for the Independence Day Holiday on Tuesday, July 4.

Photographs of the joyful day can be found here or on our parish Facebook page (no sign-in required) courtesy of Matushka Sophia Sokolov. 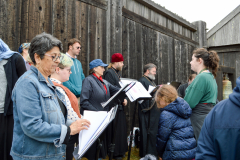 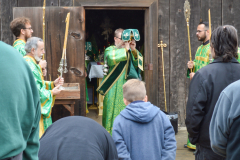 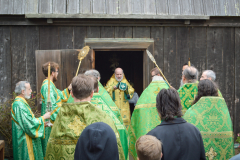 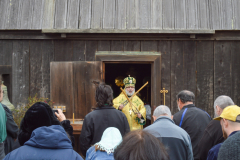 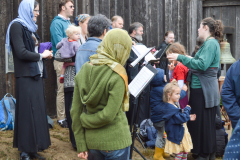 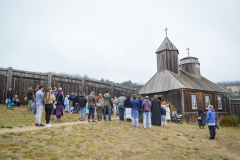 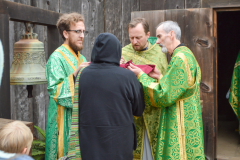 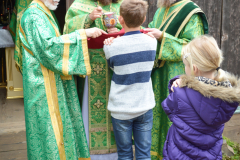 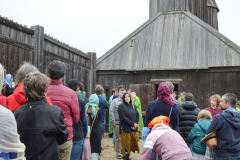 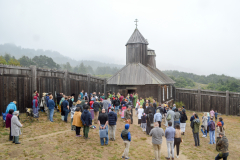 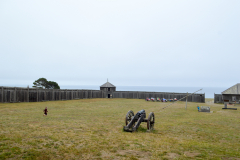 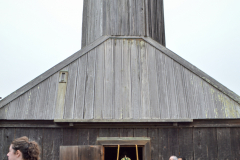 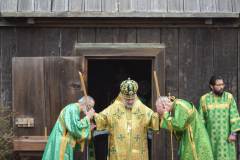 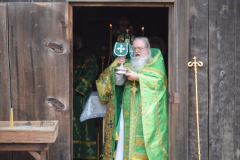 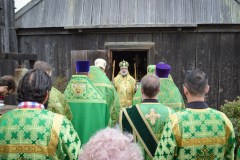 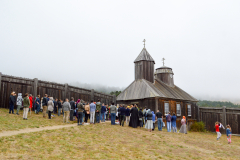 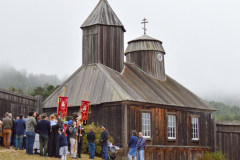 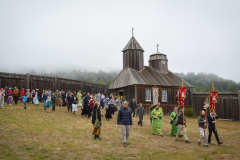 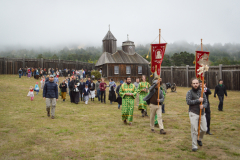